Most commuters are not aware of the complex nature of the work that each of the MATOC family of agencies do each and every day to help make your trip safe.  As commuters, we cross many geographic and political boundaries every day without much thought as to who actually monitors, operates, maintains, and responds to incidents on the roadways, rail lines, and waterways that we use every day. 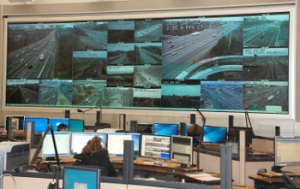 Each state and major metropolitan area in this region have what are known as “Traffic Operations Centers” that are usually staffed all day, every day.  These centers, pictured below, have dedicated traffic specialists and public safety responders (like Police, Fire & Rescue, etc.) whose sole duty is to monitor traffic conditions through high-tech sensors, cameras, and traffic management systems.  These Traffic Operations Centers are always buzzing with activity.  When problems are detected or even anticipated, these specialists jump into action and work with their field crews and first responder partners to adjust traffic signal timings, update overhead message signs, dispatch maintenance crews, manage work zones, set up detours, provide information to the media and public, and coordinate emergency response. In short, when incidents occur, they are working together so that the roadway can be opened up as soon as possible, and so you have the information needed to get around the resulting traffic delays.

Keeping the roadways open and flowing smoothly is extremely important for safety, the environment, and the economy.

The Cost of Congestion

None of us enjoy being stuck in traffic. 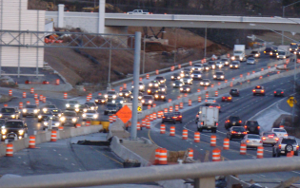 Traffic can be  frustrating or stressful, but it affects us in many other ways.Traffic affects our everyday lives and even the air we breathe.  Traffic costs us time and money when we miss an important meeting, are late to pick up a child at daycare, or miss out on other personal activities because of long commute times. Stop and go traffic wears away at our brakes, is hard on our engines, and it decreases our fuel efficiency.  Traffic can be physically harmful and even fatal.  Getting into an automobile is the most dangerous activity that most of us do every single day.  In the US alone, over 40,000 people die, 2.5 million people are injured, and over 4 million are involved in property damage crashes annually.  So, what can be done about it?

Traffic and congestion is influenced by many things including the number of people that live in a region, where jobs are located, the amount of goods that must be shipped through an area, and transit availability.  These recurring traffic issues affect our everyday commutes and are difficult problems to solve without major, decades-long urban planning initiatives that cost billions of dollars.  But as much as 25% of our traffic woes are a result of abnormal traffic issues caused by concerts and sporting events, accidents, disabled vehicles, or a lack of other travel options like transit or secondary routes/detours. 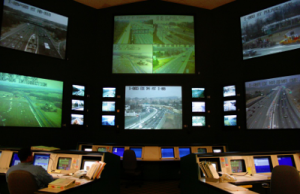 In the Washington, D.C. region, it is estimated that congestion alone costs over $2.7 billion annually, including 134 million person-hours of time and 91 million gallons of gasoline. While we have learned to function around high levels of recurring congestion during regular peak travel periods, unexpected travel delay is especially destructive to the economy. Nearly half of this congestion is not due to traffic volume, but to the effects of incidents such as crashes, disabled vehicles, and weather-related hazards. This congestion costs individual motorists time and money, reduces the region’s economic competitiveness, and exacerbates air-quality problems by increasing vehicle idling time and emissions.

Accidents are inevitable, but there are important things that can be done to help minimize the impact and the occurrence of secondary incidents.For every minute that an Interstate lane is blocked during peak congestion, four minutes of travel delay result. Clearing the road quickly requires responders to work together efficiently to accomplish the many tasks involved in traffic incident management.  State and local transportation officials work with law enforcement, fire & rescue to clear the roadways as quickly as possible.  Media partners are notified so they can inform the public.  Detours are establishedas signals are retimed to adjust for the changing conditions.  Towing and Recovery officials along with DOT maintenance crews clean spills and remove debris to get traffic flowing.  Overhead variable message signs and highway advisory radio give motorists travel choices and notify the public about impending traffic.  All of this is done to help minimize the effects of congestion on your wallet, your safety, and the environment.

A review of the MATOC program showed that coordination between the MATOC family of agencies during a bus crash on I-66 resulted in a savings of over $382,000 for area commuters.  This savings was a result of decreased emissions, fuel consumption and lost time.

The benefits of Traffic Incident Management by the MATOC family of agencies include: